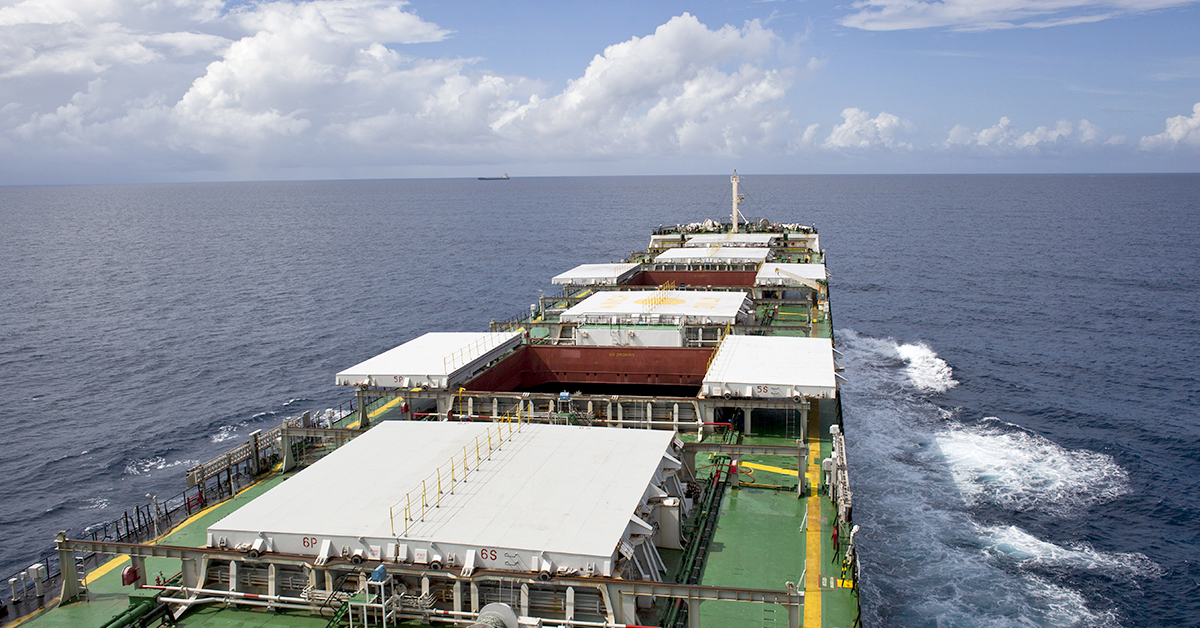 Every year, insurance companies spend significant sums of money to settle wet-cargo damage claims from shippers. Water-entry into the cargo hold of ships and the resultant damage is one of the main causes. The right application of weather-tight steel covers, known as “Hatch Covers” plays a critical role in the protection of cargo from the ingress of water.

Hatch Covers, also known as Cargo Hatch are steel structures that guard the opening to the cargo hold and other lower parts of a ship to prevent the entry of water. Comparable to the lid on a box, Hatch Covers protect the cargo from damage and also provide support for the cargo stacked on top of the deck. They are weatherproof and endure fluctuations in climatic conditions. Hatch covers also function as barricades to a ship’s internal structure by blocking the entry of water in extreme weather preventing the chances of corrosion developing inside. Hatch Covers are often referred to in combination with the term “Coamings”, which is a vertical raised section of the deck plating around the opening to a cargo hatch to prevent the entry of water.

During the bygone times when ships were constructed with wood, the hatch covers used to be made from wooden planks, beams and boards and covered with tarpaulin sheets. They had several drawbacks, so with changing times these wooden hatch covers made way for steel. The size and shape of a ship determine the design of a hatch cover, but primarily they function in a manner that facilitates the opening and closing of the covers quickly to enable efficient cargo handling.

Let’s look into the different types of Hatch Covers in operation.

Lift-away Hatch Covers
Lift-Away Hatch Covers are used on container ships. They split the container stack between the hold and deck to prevent water entry into the cargo hold. One to five panels cover each hold opening depending upon the vessel’s width. An individual panel can weigh 45 tons and is controlled with a spreader operated with the vessel’s own cranes or shore-side container cranes. They are available in two types – Single-panel and multi-panel covers and provide excellent weather protection to the cargo hold while also bearing the load of containers on the deck. The cover panels can be stowed on top of adjacent covers and placed on the ship’s deck.

Folding Hatch Covers
Folding type Hatch Covers are suitable for general cargo ships. The hatch covers consist of two or more flat-topped panels connected by hinges to form two or more folding pairs. The major advantage of these hatch covers is their large size design that requires a lesser number of panels.  They are operated by hydraulic cylinders working on the hinge arms which are connected at the stools on the deck.

Rolling Hatch Covers
Side-rolling Hatch Covers are engineered to protect the vessel and cargo from the entry of water into the cargo hold. They comprise two panels in each hatch with each one of them rolling sideways on a pair of diagonal ramps. This provides safety to shore crane operators and other cargo handling staff who have to be on guard against potential hazards.    Rolling Hatch Covers are operated with chain drives or rack and pinion drives.

Piggy-back Hatch Covers
When the deck space is not sufficient to permit the folding of side-rolling covers, Piggy-back Hatch Covers comes in handy. This consists of two panels, with one of them raised high enough for the other to roll beneath and reinforce the lifted panel. Chain Drives are commonly used to propel Piggy-bank Hatch Covers.