HOW DOES INTERNATIONAL CODE OF SIGNALS PLAY A CRUCIAL ROLE IN THE SAFE NAVIGATION OF SHIPS? 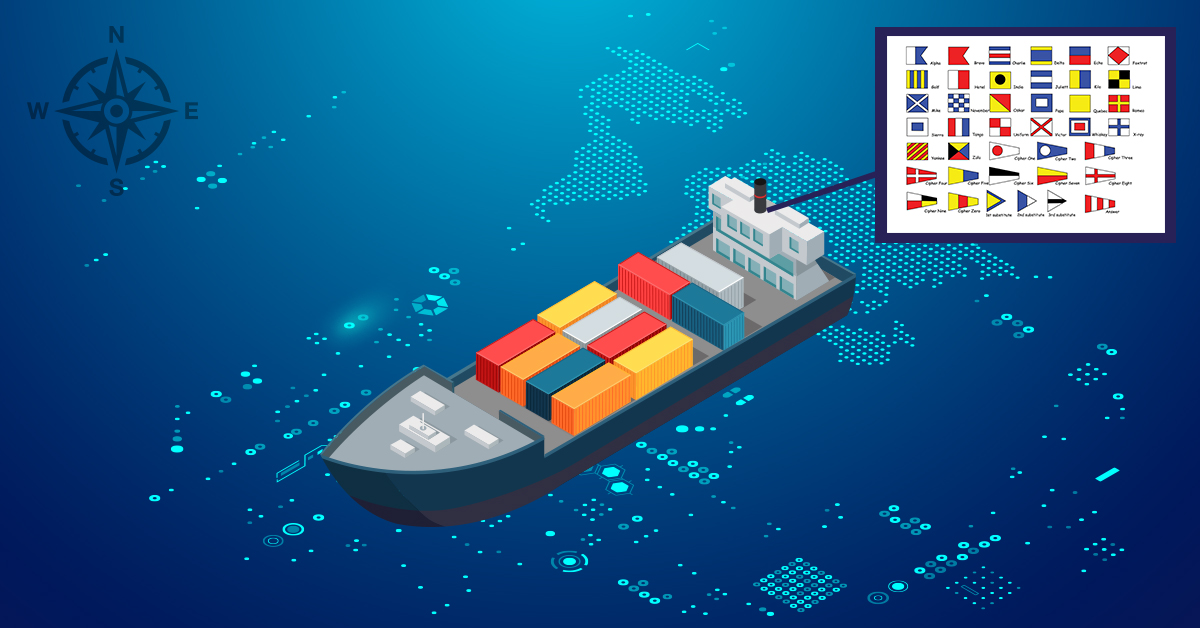 The International Code of Signals is a universally followed standardized classification of signals and codes that vessels use for communicating with one another on navigational safety and other related issues. These codes are a systematic progression of the different maritime flag signaling methods used during the earlier times. The codes help overcome the communication barriers that arise because of the native languages seafarers of different nationalities speak, where all of them need not be accustomed with the commonly spoken English language. These codes of signals convey brief but important messages between ships sailing in the seas to offer a helping hand in times of distress.

Before 1969, these codes used to be wide-ranging, and they even included five-letter codes denoting prominent maritime locations. Subsequently, these codes became more refined to signify and convey navigation safety & medical-related matters. The signals can be broadly classified under the following three groups:

The International Code of Signals standardizes messages in English, French, German, Japanese, Italian, Norwegian, Spanish, Russian and Greek. It is irrelevant if the sender and receiver of the messages happen to speak different native languages, since each language comes with a handbook with a corresponding message keyed to the same code. This becomes handy when ships are within a short distance to hear or wave to each other. The code also covers procedures on ways to initiate a call, the format of a message, and so on.

A standardized alphabet and number scheme is displayed using flags and phonetics. The phonetics helps to avoid misinterpretations from similar sounding alphabets such as D, T, B and T.

The 26 English alphabets with their corresponding phonetic codes:

The methods used to convey the standard set of signals are Flag Semaphore, Flag Hoist and Radiotelegraphy.

Semaphore
The Semaphore signaling system is based on the assignment of a pair of flags held in hand in a set pattern.  A flag is held in each hand in different positions representing each letter of alphabets. The pattern of the flags can be classified into eight positions: Up, Down, Out, High and Low for each of the left and right hands. The flags comprise red and yellow color combination separated diagonally.

Flag Hoist
The signals conveyed through Flag Hoist prove vital when there is a failure in communication equipment, and the ship’s captain wants to relay an urgent message seeking help.

Radiotelegraphy
This system of communication employs a narrow frequency bandwidth that transmits messages without interference or noise. An example is Morse Code which is a system of transmitting alphabets, numbers and punctuation marks with dots, dashes and spaces through electrical pulses, mechanical or visual signals employing a series of tones, clicks or flashing of lights.  During emergencies, the standard signal SOS is transmitted with Morse Code, represented by three dots, three dashes and three dots.

Seafarers are trained in the use of International Code of Signals and this assumes significance because it surpasses all communication hurdles by using a common set of codes and signals understood by all.

The VS&B Containers group, headquartered in Chennai, gives customers the advantage to obtain containers from around the globe, thanks to their extensive network of depots and diverse inventory.

VS&B supplies new containers delivered straight from the factory to a buyer’s preferred location. Their brand new 20’ GP, 20’ GPDD, 20’ HC and 40’ HC containers are rolling out from Shanghai. You can pre-book now and get your containers on time.