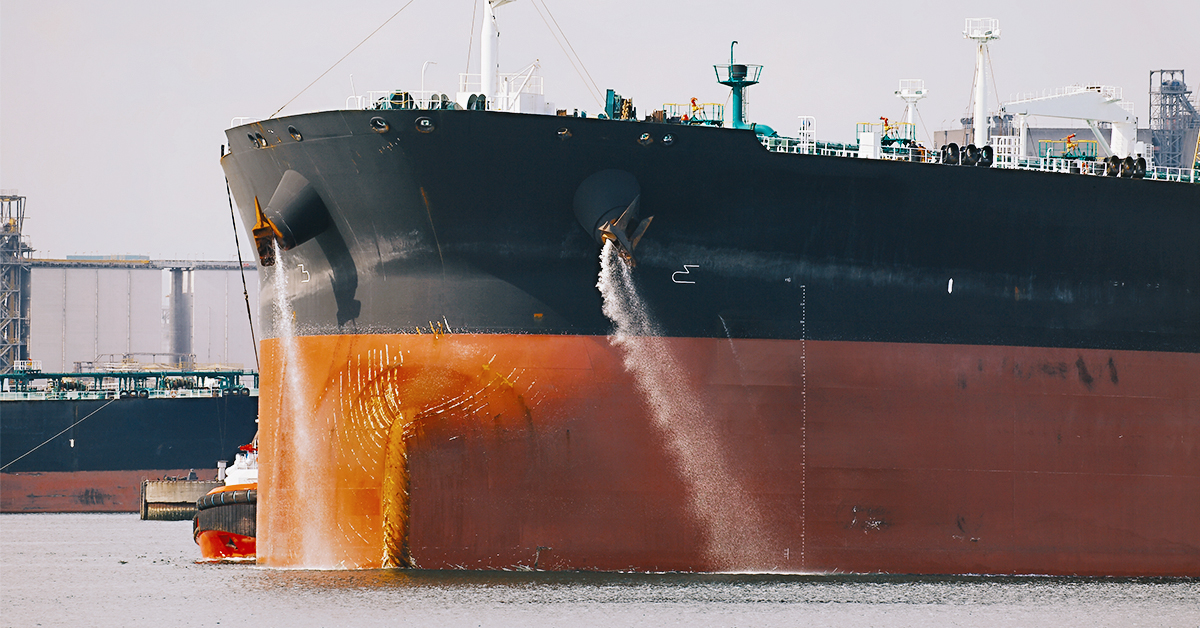 Ballast Water can cause serious ecological imbalances due to the release of non-native marine species in coastal areas.

The Ballast Water Management Treaty formulated by the IMO has been endorsed by more than 60 countries representing almost three-fourth of world’s merchant shipping tonnage.

Ballast Water can be defined in plain terms as seawater carried by ocean vessels in their large, inbuilt reservoirs known as Ballast Tanks. The purpose of carrying this enormous volume of seawater is to assist the vessel’s stability, balance and structural integrity. Vessels also take in ballast water while unloading cargo, and discharge ballast water while loading cargo to keep up the right equilibrium. Broadly speaking, Ballast Water helps maintain safe operating conditions and reduces stress on the hull providing stability and maneuverability. It also counterbalances weight fluctuations in cargo load levels arising from fuel and water consumption.

But why is ballast water a matter of concern to shipping lines and environmentalists?

Ballast Water is an essential constituent in all steel-hulled vessels for secure shipping operations. But it accompanies serious ecological, economical and health concerns because Ballast Water transmits a variety of organisms that include bacteria, microbes, Mitten Crab, eggs, cysts, small invertebrates and larvae of different marine species. Such non-indigenous organisms get released into the seas when ballast water is discharged, and they survive to start reproductive cycles in their new ecosystem. This new population might potentially turn invasive, dominate the native species and start proliferating.

It was only during the late 1980s that countries like Australia and Canada felt the need to address issues concerning the introduction of invasive species in their environment. The International Maritime Organization’s (IMO) Marine Environment Protection Committee was alerted by these nations about the environmental damage being caused by the release of Ballast Water.

After protracted negotiations between the IMO Member States, The International Convention for the Control and Management of Ships’ Ballast Water and Sediments (Ballast Water Management Convention, 2004) was adopted on 13 February 2004. This maritime international treaty requires the signatory states to comply with standards and procedures for the control of ships’ ballast water and sediments. The treaty came into force globally on 8 September 2017, and applies to all ships of 400 Gross Tonnage and above, registered under the contracting parties to the BWM Convention that use ballast water during international voyages.

There are two Ballast Water Management Standards, known as D-1 and D-2 in force.

The D-1 standard mandates ships to exchange the up-taken discharge water from the previous port of call, strictly in the open seas at least 200 nautical miles away from coastal areas, and where the ocean water must be at least 200 meters deep. Far fewer organisms survive such an exercise and therefore ships are less likely to introduce harmful species when they are required to release the ballast water yet again during their operations in and around the ports.

The D-2 standard is more stringent, goes a step further and stipulates the quantum of such organisms permitted to be discharged. This includes specified indicator microbes that are harmful to human health.

While complying with the D-1 standard is mandatory for all ships from the date this treaty came into force in 2017, the D-2 standard applies to all new ships that will be introduced into service. Ultimately, all ships must obey the D-2 standard that would require the installation of specialized equipment to treat the ballast water before discharge.

To establish compliance with the requirements of the BWM Convention, each vessel must carry on board: