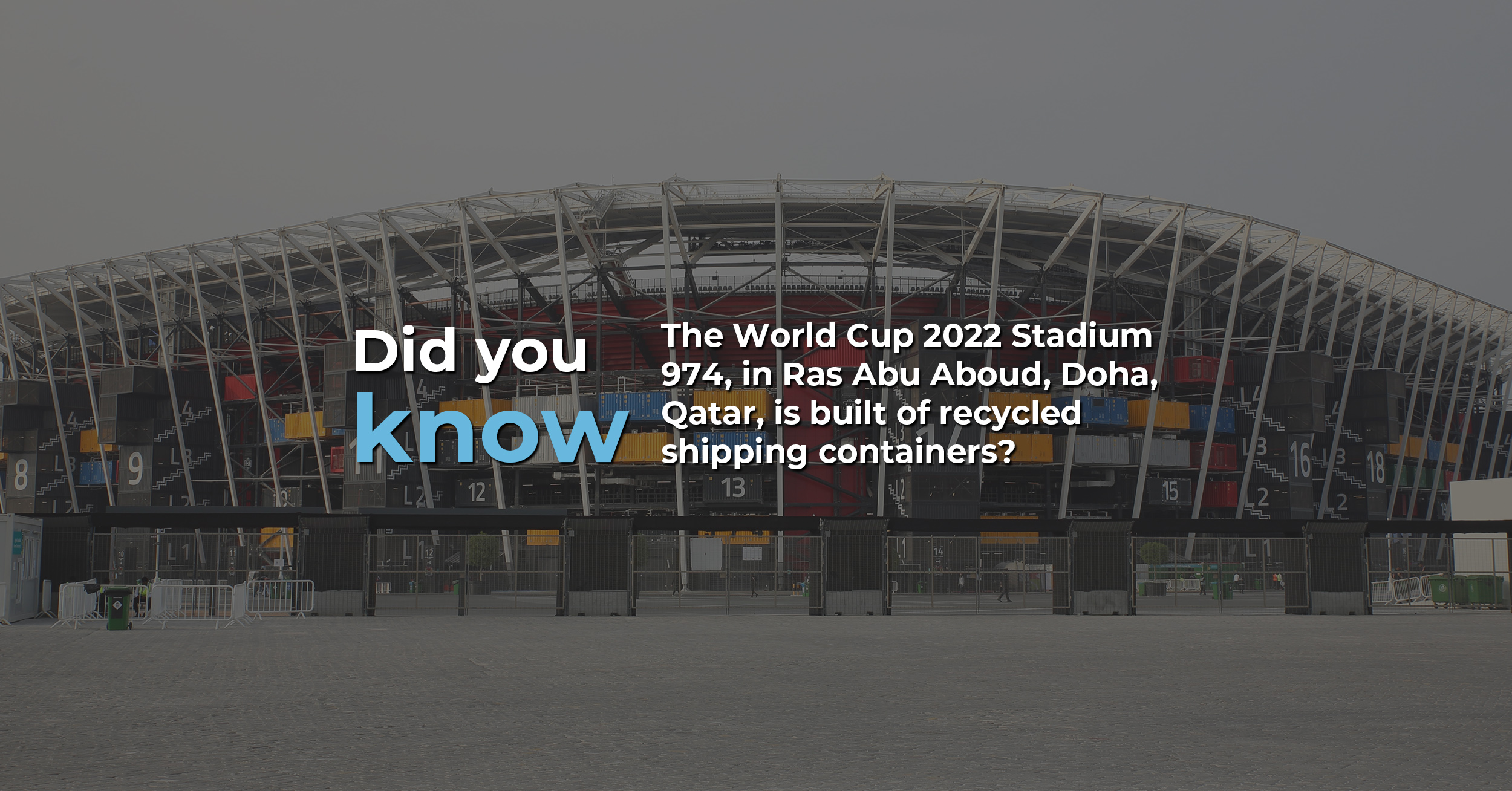 The 2022 FIFA World Cup, the first winter edition in the tournament's history, will get underway in Qatar in less than a week. In a show like never before, the top football players in the world will command the stage.

Stadium 974 is one among the eight FIFA World Cup 2022 stadiums that Qatar has readied to host the tournament. This stadium is notable and intriguing for the fact that it is made of 974 shipping containers. It has earned the unique distinction of being called the world’s first “Transportable Stadium”. It will be disassembled and the containers recycled after the competition concludes. Interestingly, 974 is also the country's international dialing code.

The 40,000-seat sports complex next to Doha's port, which was formerly known as Ras Abu Aboud, is the first stadium in FIFA World Cup history to be completely demountable. Spanish architecture firm Fenwick Iribarren Architects collaborated with Schlaich Bergermann Partner and engineering firm Hilson Moran to create Stadium 974. The modular design of the stadium significantly decreased construction costs and material waste. According to the organizers, water efficiency techniques employed in the stadium would result in 40% reduced water usage than a standard stadium of similar capacity.

Stadium 974, which is a groundbreaking invention, will be dismantled after the competition and its components used in the sports arena across the globe. By using prefabricated and recyclable elements, many of which were carried in the shipping containers themselves, the design attempts to reduce waste.

The stadium's steel framework is surrounded by modified shipping containers that serve as restrooms, snack stands, skyboxes, and media rooms. Stadium 974’s innovative architectural concept eliminates air conditioning because of the natural ventilation that the stadium provides from its unique design and its proximity to the sea.

Being in the vicinity of Hamad International Airport, Stadium 974 will be the first stadium football fans will see when they arrive in Qatar for the 2022 FIFA World Cup. It is also the only stadium located near the sea. This distinctive location honors Qatar's long history of marine trade.

Stadium 974 is expected to act as a model for more environmentally friendly stadium designs for upcoming major events.

Please read the other VS&B blogs, which are packed with knowledge about the container shipping industry.

The VS&B containers group, with its headquarters in Chennai, is a major supplier of marine containers throughout Asia and Europe. The business specializes in the sale of new and used containers, SOC project shipments, static storage, and mobile warehousing. It has a fleet of approximately 30,000 containers and 11 offices. Additionally, it offers both short- and long-term leasing alternatives for containers that are both duty-paid (in India) and international.

A separate division of VS&B also provides cutting-edge software solutions for the shipping and logistics sector.

VS&B containers group understands your concerns regarding containers and will make a recommendation for the best one that will meet both your needs and your budget.

Contact traders@vsnb.com to get your containers promptly! VS&B experts will assist you in choosing the ideal container depending on your budgetary needs, level of flexibility, and expected returns on investment.

We’ve sourced facts for this blog from www.dezeen.com